Television Station in Uganda with a Promising Media Business Model

A Television Station in Uganda that broadcasts in only a local language is a successful media business, with a model that has not been replicated anywhere in Africa as far as we know.

The Bukedde TV, of the New Vision Group in Uganda is targeted at house helps who make purchasing decisions on behalf of their bosses, hence the target for this only local dialect, Luganda TV, says Robert Kabushenga, the CEO, New Vision Group, Uganda.

So, I am attending a media owners conference organised by the African Media Initiative or AMI in collaboration with the Rockefeller Foundation, Uganda’s National Association of Broadcasters and Panos Eastern Africa.

The workshop under the theme, Promoting Effective Media Management: The Place of AMI’s Leadership Guiding Principles for African Media Leaders and Managers (LGP), is happening now 21-22 in Kampala, Uganda.

Am I a media owner? It is a dream yet to happen. But I am an Executive Editor, of a periodical, The Health Digest, and the founder, of the Health Journalists Network in Uganda www.hejnu.ug. I am also a freelance science journalist mainly corresponding for SciDev.net.

Even if the forum is targeted at media owners just a few few, only three, are present. And during the discussions I understand it is the trend. Media business owners do not have time to sit in such forums, it is a waste of their time.

Lynn Najjemba of PANOS East Africa says they have invited them on several occasions but it is always a no show. Najjemba believes it is only the Uganda Communications Commission, the regulator in Uganda, that can get to them.

Kabushenga suggests that the only way they can get them around is to massage their egos, they do have super large egos, give them incentives with the invitations to the forum.

Kabushenga, is a speaker on the panel discussing media business models and he cites Bukedde TV, as a success and a news programme, 'Agataliko Nfuufu', which he said is a true example of knowing your audience.

I have been trying to have a conversation on 'Agataliko Nfuufu', that airs in Luganda, a local dialect, and is very popular among the population. It is mostly done by citizen journalists and largely, as Stephen Ouma of the Ugandan Journalists Union (UJU) described it, the script runs the same, like a movie and always ends with a police comment.

I have watched two interesting news items here that I can remember. The first one, was a 'withered' tree, the leaves had dried up and fallen off, the trunk turned colour, there was no fruit. The news story, was that the villagers were accusing someone in their community for bewitching the tree. The reporter interviewed many people in the community as well as the accused, who obviously denied it. There was no scientific perspective to the cause in the story.

But the accusations and counter accusations were hilarious, maybe, the reason that some people describe this news as a stress reliever. Doctors sometime may with time prescribe it to relieve stress as well. It is full of scandals, fights, accusations.

And Bukedde TV also has video jockeys who translate english movies into Luganda, which Kabushenga says many rich but uneducated people have thanked him for, an innovation that lets them watch movies without their educated wives labouring to interpret for them from English to Luganda.

The second news item and most recent was about rivalling co-wives who had a fight and one bit off the lip of another and spit it. The community gathered, remember all this is on tape, the lower lip was put in a polythene bag, and taken to police. I guess, its the reason that Ouma thinks these stories are always mini-movies.

My question to Kabushenga was, I find that the stories in this news programme are not balanced and do not hold up to the journalism standards, is this business model sustainable anyway? His answer, was well, it had run for 4 years and is still very popular.

He said people like me who have studied journalism think we have a monopoly over story telling but it should not be rocket science.

According to Kabushenga, 'Agataliko Nfuufu' and the TV station was designed for house helps and it meets its targeted market very well. If people like me, 'middle class' watch 'Agataliko Nfuufu', we are impostors getting into a space not meant for us.

"We give the global community a package. This was one way to get into the market. I have received many calls and complaints about this news program. I ignore them," said Kabushenga.

Here is how this media business model works; The house helps, most of of whom are comfortable speaking the local languages, and not English, do the home shopping, and they pick the brands they want for the household. Even those who do not do the shopping advise their bosses.

For instance, when you are the boss and buy a certain brand of washing powder, the house help will advise, that it burns their hands and prefer the other one. So any businesses that sell household items have no choice but to advertise on  Bukedde TV and the business model is working, says Kabushenga.  I wonder how far true this is but then I have no house help in my house. My daughter does not fuss over brands of household items! I make the decisions.

Posted by Esther Nakkazi at 2:20 PM No comments:

President's Visit to My Home Street;

Today, the President visited my home street, Firidina Road in Kiwatule. It is not a necessarily clean street. There are goats and chicken running along it and a vacant plot where lazy residents who do not want to pay for rubbish pick up, throw theirs at night.

Then the plot’s care taker, an old woman, occasionally burns it off while quarrelling loudly. The residues of the burns fly out all over, masking us with smoke if we are at home. Children play on the road side, and sometimes in the road, dodge ball, skipping, anything.

Half of it is tarmacked and the other half is murram. Boda boda 'engineers' and iron works artisans work here too. On the upper side of the road. It is just about a kilometre and half long.

But the President was there to visit my neighbour's home Joan Kagezi and a call to rename the street after Kagezi, by one of the clergy during her memorial service, yesterday. His visit was captured by media http://chimpreports.com/photos-museveni-visits-kagezis-family/

I live near the late Joan Kagezi’s home. Her home is just about five gates from our gate. Although, I have lived here for the last 6 years, and bumped into her on this street, with no exchange of greetings, I never imagined she was the Senior State Prosecutor. She was a humble neighbour, never with ‘airs’ to even show that she was at that level.

Occasionally, when I was doing my exercises, I used to run past her two-stored house and then back up this half dusty street. There was nothing to show her presence. When she passed on, we went as neighbours to console the family. And you could imagine the heavy police deployment.

Yesterday, while listening to the evening news bulletin, I heard a request from one of the clergy to rename this street now called Firidina Road ( I have no idea where this name came from) to Kagezi Road. I just wondered why not rename one of the Kampala streets after her. Is this the best way to show appreciation? Its a shabby road.

She lived a humble life. She worked hard for this Government and its people. Her home may be here but this half-tarmacked road does not deserve her name. She deserves better, unless of course they fully tarmac it, puts street lights and does some beautification on it. That maybe could show cause of a job well done for a fallen hero. Fare the well my humble neighbour Joan Kagezi. 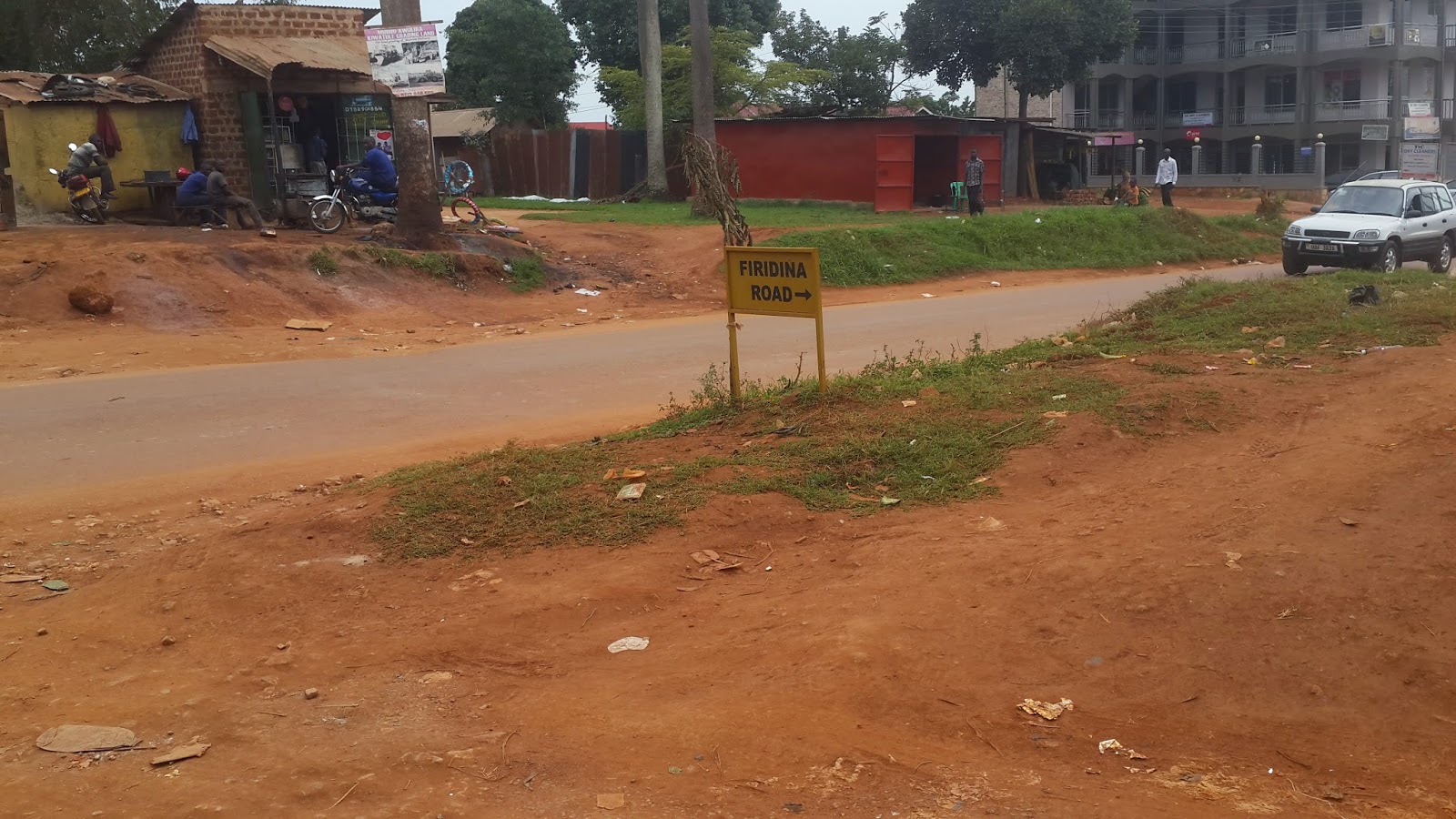 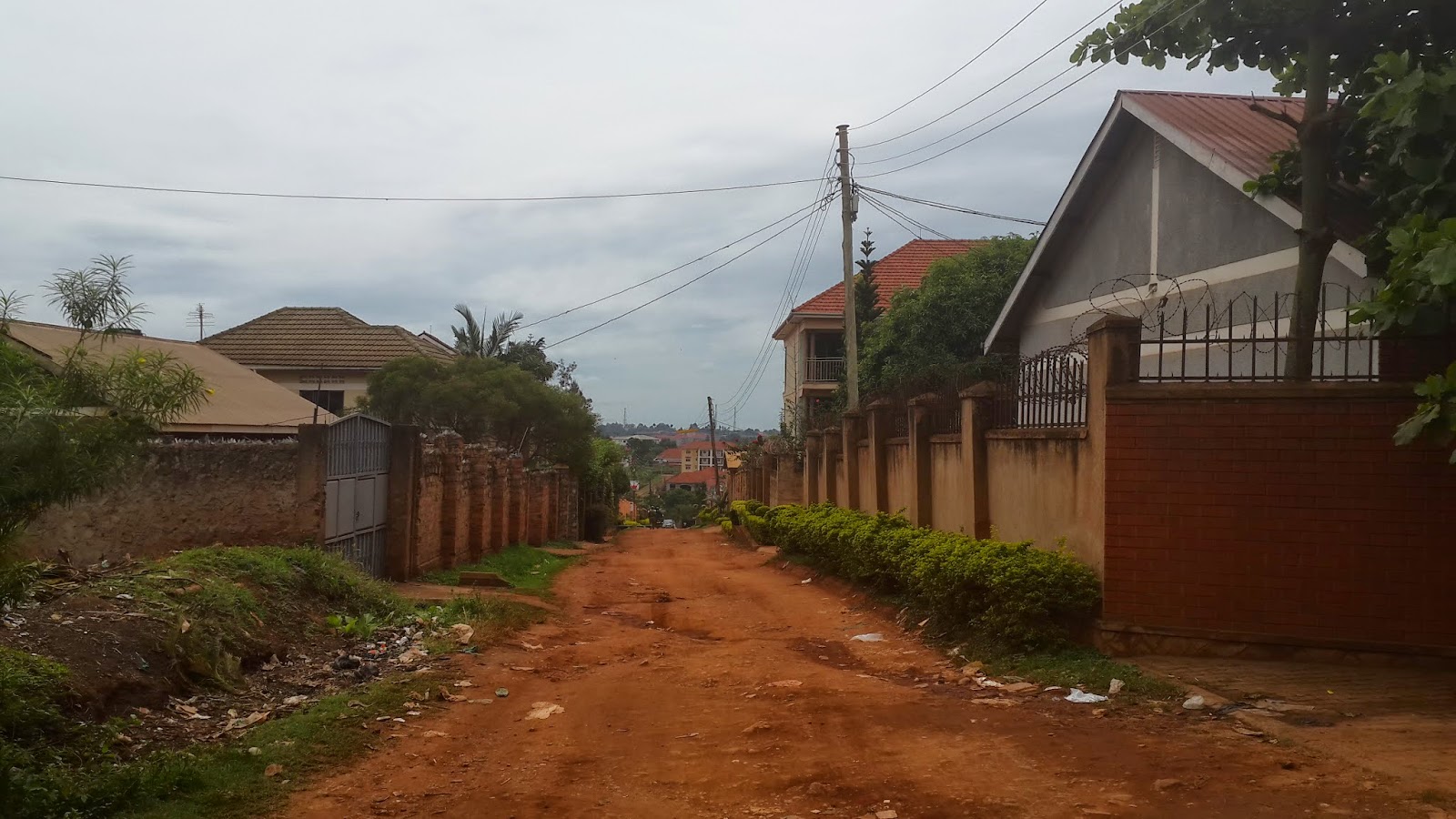 Posted by Esther Nakkazi at 4:22 PM No comments: