This week, on 19th and 20th November, representatives from the Ugandan Ministry of Health, key stakeholders in the field of the Drugs for Neglected Diseases initiative (DNDi) and the World Health Organisation (WHO) met in Kampala to discuss current treatments for Visceral Leishmaniasis, commonly known as kala azar.

I was invited to the meeting and just understood why not many people are interested in kala azar.

First of all, the disease affects mainly the world’s poorest populations who live in arid or semi-arid regions of the world. In Africa, Eastern Africa is the most affected region with an estimated annual incidence rate of 29,000 to 56,000 cases.

Although Uganda’s national diagnosis and treatment Visceral Leishmaniasis or kala azar guidelines were drafted in 2007, they are yet to be revised. Other countries, which have the disease prevalent like Kenya, Ethiopia and Sudan have already done so.

Guidelines are important as new drugs come to the market, because policies will change and access to treatment will be improved.

No one knows the burden of disease in Uganda for Kala azar. All the scientists know is that it is endemic to Amudat district in Uganda and increasingly people from other districts like Kotido, Moroto, Katakwi, Napak and Nakapiripirit all in the Karamajong region are presenting with it.

So maybe there are increasing cases but no one knows or they are not concerned! Indeed Kala azar is a neglected disease.

“We have not mapped so we do not know the extent of the disease in the country but more people from other districts are presenting with it,” said Dr. Thomson Lakwo, assistant commissioner, the national Entomologist for Onchocerciasis Control programme, NTD progarmme, Ministry of Health.

Scientists working on neglected tropical diseases at the ministry of health in Uganda said the increased cases could be de to increased awareness because many cases were not reported previously.

At Amudat Hospital, the only place where kala azar is treated in Uganda, they register 12-15 cases per month. Kala azar patients present with symptoms of irregular bouts of high fever, weight loss, swelling of the spleen and liver, a swollen abdomen and anaemia.

Prof Joseph Olobo a lecturer at the Immunology Department, College of Health Sciences, Makerere University, said they are training more health workers to treat the disease. He said kala azar is treatable but fatal if left untreated. Amudat has first class facilities.

70 percent of patients sick of kala azar are children and it affects more men than women because they spend more time outside looking after animals.

It is spread by the female sand flies that bite an infected person and spread the disease. So it can be easily eliminated with treatment if all the affected population is treated because the female sand flies will not be able to spread it. The vector will remain but with nothing to inject to its hosts around.

Unlike malaria, which cannot be eliminated with drug prophylaxis, because the vector has many species and the malaria parasite survives in many conditions, scientists think because the sand fly is confined to arid and semi arid areas, the people in that region can be given treatment and it can be eliminated. They also think a vaccine can be developed.

But alas, private pharmaceutical companies lack interest in producing new drugs for patients suffering from neglected diseases since they cannot recuperate their investments in drug development.

Costs of treating an adult patient is about 60 Euros and half of that for children and fortunately, patients once treated do not relapse. The drugs provided for free by the International Dispensing Association (IDA) and through the Drugs for Neglected Diseases initiative (DNDi).

Being a neglected disease there is hardly research for new treatments or they are not prioritized, so they are unavailable, inaccessible, and unaffordable. Currently, the treatment is only by injections and toxic.

But Dr. Monique Wasunna, the director, Drugs for Neglected Diseases initiative (DNDi) Africa regional office says they are hoping for less invasive tests for kala azar and the use of oral medication.

Action has been taken and in 2013, Ethiopia, Kenya, Sudan and Uganda partnered to create the Leishmaniasis East Africa Platform (LEAP), with a mandate to research new treatment options for kala azar and support their access.

In 2010, in its first landmark study, LEAP together with DNDi delivered sodium stibogluconate and paromomycin combination therapy for Eastern Africa, which was over 91 percent effective in treating the disease.

The therapy is recommended by the WHO as a first-line treatment for kala azar in Eastern Africa.

“The most significant achievement from the study is that the therapy is cheaper and has nearly halved the length of treatment from the previous 30 days to 17 days,” said Dr. Wasunna.

She said the development of the new therapy was a milestone since it came after 70 years of little or no improvement and change in kala azar treatment in Africa.

I hope the Uganda national guidelines for kala azar are developed after this meeting.
ends
Posted by Esther Nakkazi at 3:04 PM No comments:

NAIROBI, Kenya, November 12, 2015/ -- On the occasion of World Pneumonia Day, Royal Philips  (http://www.philips.com) today announced the upcoming release of a Children’s Automated Respiration Monitor, aimed to help improve the diagnosis and treatment of pneumonia in low-resource countries, potentially preventing many of the 935,000 childhood deaths caused by pneumonia each year(2).

The Children’s Automated Respiration Monitor has the potential to assist community health workers in establishing a more accurate measurement of a sick child’s breathing rate to help improve the diagnosis of pneumonia.

Each year, pneumonia kills more children than AIDS, malaria and tuberculosis combined, and remains the leading infectious cause of death among children under-five, killing nearly 2,500(3) children a day, with most victims under two years of age.

Every 35 seconds a child dies of pneumonia, with 99 percent of deaths occurring in low-resource settings in developing countries, which are typically rural with poor healthcare facilities, and where treatment is not available for many children(4).

One important aspect in diagnosing pneumonia is monitoring a child’s breathing rate. In many emerging markets, community health workers manually count through visual inspection, how many breaths a child takes in the span of one minute. But achieving an accurate count can be difficult, as shallow breaths are hard to detect, children often move around and there may be distractions and other checks to perform.

The Philips Children’s Automated Respiration Monitor converts chest movements detected by accelerometers into an accurate breathing count, using specially developed algorithms. The monitor not only provides quantitative feedback, but also qualitative feedback to the healthcare provider based on the World Health Organization’s IMCI(5) (Integrated Management of Childhood Illness) guidelines to diagnose fast breathing rates, which is one of the key vital signs to diagnosing pneumonia.

Accurate diagnosis of breathing counts would support health workers in administering the antibiotics that children with pneumonia need, potentially preventing many of the deaths caused by pneumonia each year. Additionally, accurate diagnosis could help rationalize the use of antibiotics, by potentially reducing unnecessary costs and antibiotics overuse rates, which contributes to the rise of drug-resistant diseases.

“The Philips Children’s Automated Respiration Monitor will be a game changer in diagnosing and treating pneumonia,” said Salim Sadruddin, Senior Child Health Advisor at NGO, Save the Children (http://www.savethechildren.org). “If we can remove the subjectivity associated with health workers counting breaths, we can improve the quality of treatment and help improve patient outcomes.”

Global child health organizations like UNICEF have made pneumonia a key area of focus in their effort to reduce child mortality in underdeveloped countries throughout the world. UNICEF’s Supply Chain division’s product innovation project called ARIDA(6), launched a call for technology to industry in 2011, with the aim to achieve innovation in this space, followed by the publication of a Target Product Profile (TPP)(7) for automated respiration monitoring in November of 2014.

“As a leading health technology company, Philips’ vision is to improve people’s lives through meaningful innovation”, said JJ van Dongen, CEO Philips Africa. “Today, the population growth is highest in emerging markets like Africa and South East Asia, and innovation can help drive sustainable solutions that bridge the divide between the privileged and lesser privileged sections of society to improve the quality of life at all levels.“

The development of the Philips Children’s Automated Respiration Monitor has been a result of collaboration between the Philips Africa Innovation Hub located in Nairobi, Kenya, the Philips Research team in Eindhoven, The Netherlands and the Philips Innovation Campus in Bangalore, India. Field testing on the Children’s Automated Respiration Monitor was conducted in East Africa and India and improvements in design and technology incorporated on the basis of feedback from local community health workers and clinical officers in these low-resource settings.

The Philips Children’s Automated Respiration Monitor is pending CE-marking and is expected to become commercially available from the second quarter of 2016.
Posted by Esther Nakkazi at 5:41 PM No comments:

We have heard from Prof Vinand Nantulya, the Chairman of the Uganda Aids Commission (UAC) as one of the key presenters that Uganda’s HIV new infections have been going up, nothing new, but one of the reasons is due to the vulnerability of young women, which he says is getting worse.

What UAC has done is to try and have messages targeted to this age group improved and monitored. All AIDS/HIV public messages to the Ugandan media have to go through the UAC clearing house to ensure that they are consistent and accurate.

Another issue that Prof Nantulya would like to see restored is education about HIV in schools that would help this particular group, the young people vulnerability is getting worse as they get lured into sexual activities.

But then the PIASCY project which stands for Presidential Initiative on AIDS Strategy for Communication to Youth that was funded by USAID and was helpful to this age group was stopped. Funding is almost no more for this PIASCY project.

Over 50 percent of Uganda’s population, which is below18 years and are in school would benefit from this education. But they are not anymore.

I am not sure why USAID stopped or reduced funding for this component of educating the youth about HIV but for sure it is one of the reasons, maybe that, new infections are going up among the youth in Uganda. More on this topic will be investigated.

Dr. Anthony Mbonye, the commissioner for community health services at Uganda's Health Ministry gave the key note address emphasising that an HIV vaccine is still needed to fight HIV and hailed MUWRP’s contribution to these efforts.

Dr. Hannah Kibuuka, executive Director, MUWRP also the research site Principal Investigator has given us an overview of their activities and taken us through their contribution towards a safe and effective HIV vaccine.

Chris Baryomunsi, the state minister for health and Dr. Francis Kiweewa a researcher at MUWRP decried the low use of condoms among the public. 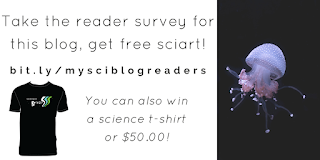 Posted by Esther Nakkazi at 1:28 PM No comments: 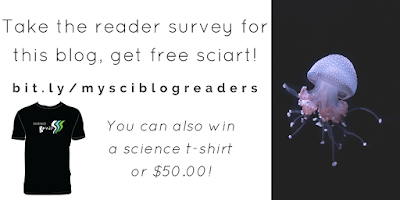 Posted by Esther Nakkazi at 5:36 PM No comments: